By day I'm a mild-mannered math professor at a small university in the Texas border region. By night I write fantasy stories and paint pictures in watercolor and oil. My stories have appeared in Beneath Ceaseless Skies and Heroic Fantasy Quarterly.

My Tashyas tales chronicle the adventures of Francisco Carvajal y Lopez, a vagabond conquistador cutting a grim, rapacious, and not-terribly-successful swath across a weird southwest Texas and New Mexico during the time of the Spanish conquest:

I recommend reading the stories in the above order, which is the order in which I wrote them. But, if you must know, the chronological order of the stories is:
If interested, also see my musings on Poison and Cigarette Butts and Half-Breeds Like Us.

My Enoch stories are set in the counter-earth at the cosmic antipodes, a world of steam-age decadence and paleozoic gloom:

At the Edge of the Sea
Beneath Ceaseless Skies
April 2014

Day of the Dragonfly
Beneath Ceaseless Skies
January 2015

The Scale-Tree
Beneath Ceaseless Skies
July 2015

My novels also take place in the world of Enoch:


Read more about them here. Ark of the Hexaemeron, Volume III of the Enoch Series, is forthcoming. Stay tuned!

I most enjoy fiction that has a contemplative outlook and a sense of mystery (that is, substance that can't be explained away with words or concepts), combined with concrete imagery and a dash of violence. I like to imagine that my writing draws equally from British high fantasy and American pulp fantasy. Think of the Ballantine Adult Fantasy series, or authors like William Hope Hodgson, David Lindsay, E. R. Eddison, Robert E. Howard, and Clark Ashton Smith. Other writers whom I enjoy and try to emulate include Herman Melville, Joseph Conrad, Willa Cather, Flannery O'Connor, Dashiell Hammett, Raymond Carver, Philip K. Dick, and Jorge Luis Borges, to name just a few.

Being a superficial person, I have a hard time reading a book if I don't like the cover. And what I really love are the wrap-around covers of the Ballantine Adult Fantasy series edited by Lin Carter in the sixties and seventies. For example: 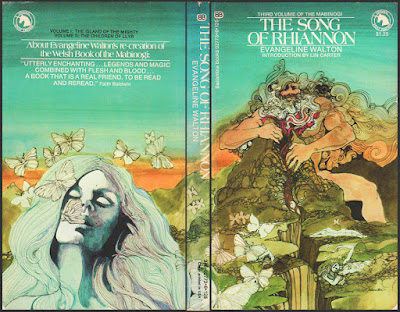 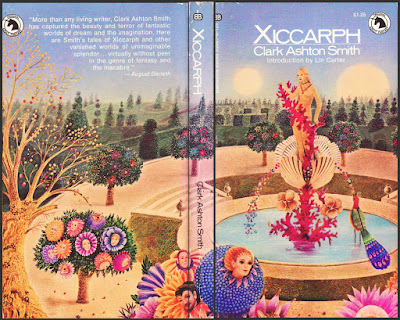 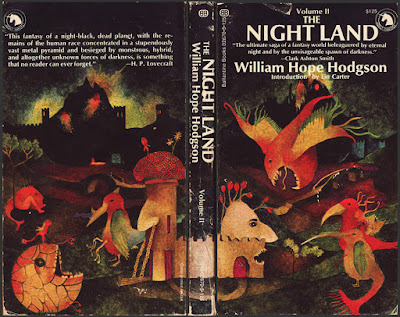 See more examples here. Colorful to the point of exuberance, slightly crude or even amateurish, delightfully bizarre, and – here's the main point – downright fantastic. A far cry from the modern Photoshop collage! In that spirit, each volume of my Enoch series has its own wrap-around cover art, painted by me, of course. 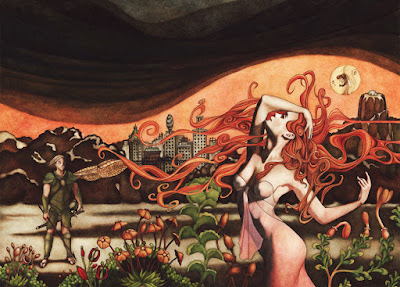 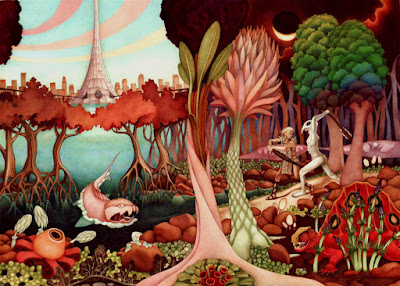 I live in the southwest Texas border region, not far from where I grew up. I happen to like it amid the goat ranches and onion fields and sweltering thickets of prickly pear and huisache and guajillo. Once I tried to get away, but here I am again. The world drew me out, took a long look at me, and threw me back. I guess I could be bitter about it, but we're probably both better off this way. To tell the truth, the feeling was mutual.