I am pleased to announce my return from yet another successful writing retreat. I went as always to my little discovery, an old hotel in a remote village on El Hierro, the smallest and most exclusive of the Canary Islands. Naturally I stayed in my usual room, which the proprietor so kindly calls la habitación del señor Ordoñez, enjoying a glass or two of my favorite local vintage while watching the sun set over the Atlantic Ocean from behind the wrought-iron rail of my balcony each evening. I would tell you the names of the town and the hotel, but that would only cause them to be inundated with tourists, which would be fatal to my writing ethic and self-image.

Actually, that isn't quite true. What I mean is, I didn't go on a writing retreat, and I've never been to the Canary Islands. As a matter of fact, I'm stuck here in the southwest Texas borderlands just like always. However, I have completed a new novel, The King of Nightspore's Crown, the second installment of my ongoing Antellus series. As I revise it, the Hythloday House art director (me) will begin working on a wrap-around cover and interior decorations. We hope to have it ready by late spring, but we'll see.

(If you haven't read it yet, now's your chance to get caught up on the first installment, Dragonfly. Many thanks to those who have purchased a copy! I hope you enjoy it.)

In other authorial news, I've sold a story called "Salt and Sorcery" to Beneath Ceaseless Skies. I think it's very good, but then, I think that of all my stories! Various things went into the mix, including a little C. L. Moore, Fritz Leiber, and Michael Moorcock. As far as I know, it's the first story to combine the narrative preoccupations of Sword and Sorcery with a salty landscape. Perhaps it'll spawn a new subgenre to take a place beside Sword and Sandal, Sword and Planet, Sword and Soul, and the like. Then again, perhaps not. At any rate, it should come out in the as-yet-unspecified-but-not-so-distant future. I hope everyone who reads it likes it.
Posted by Raphael Ordoñez at 1:27:00 PM No comments:

Email ThisBlogThis!Share to TwitterShare to FacebookShare to Pinterest
Labels: publication

There's an interview about my art and writing up over at greydogtales today. Our attention was first drawn to greydogtales (currently devoted to "weird fiction, weird art and even weirder lurchers") by their William Hope Hodgson festival in October. You can check out the interview here. 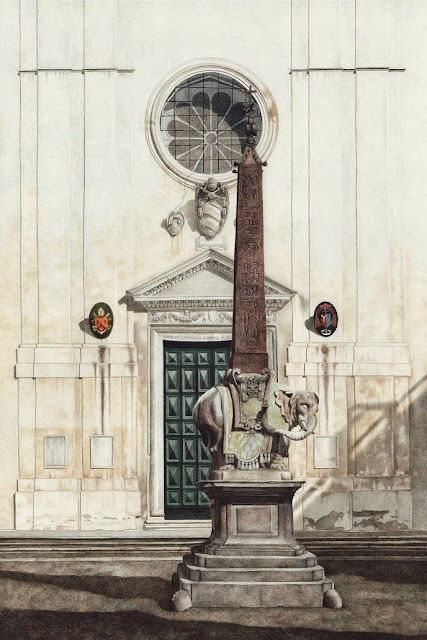 And, if you happen to be a visitor from greydogtales, welcome! Please peruse my blog and enjoy all the extremely important and relevant things I've written about art, fantasy, logic, and chickens. Here's a link to my art; my short fiction can be accessed through the sidebar, and you can purchase my novel Dragonfly here.
Posted by Raphael Ordoñez at 9:03:00 AM No comments: