Because this is my blog, where no one can stop me from doing whatever I like, I've posted a bunch of pictures taken with my digital microscope. Here are some of the highlights: 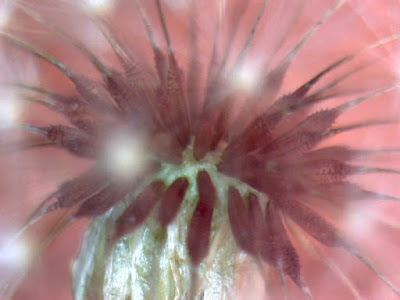 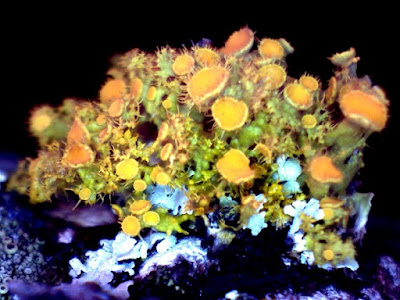 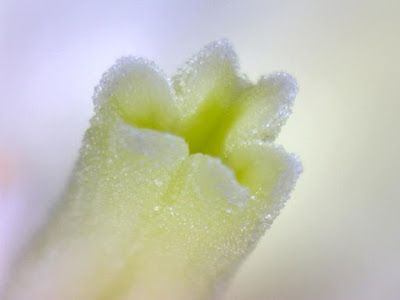 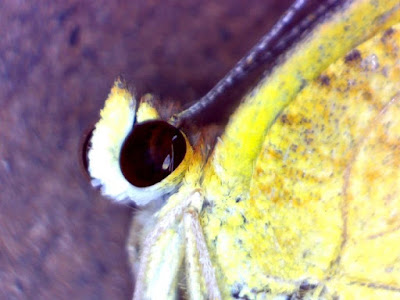 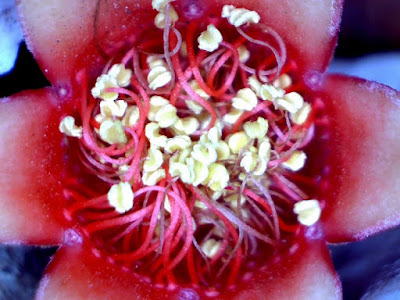 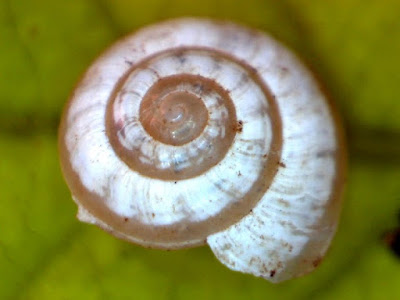 See the rest on the microscopy page.
Posted by Raphael Ordoñez at 7:52:00 AM No comments:

I should have been a pair of ragged claws
Scuttling across the floors of silent seas.

Life on earth is divided into three main phases: the Paleozoic Era, the Mesozoic Era, and the Cenozoic Era. The Cenozoic is the most recent, and saw the dominance of mammals and the evolution of man. The Mesozoic is most famous for the dinosaurs.

But it's always been the Paleozoic Era to which I'm most drawn, partly, perhaps, because it's older and more mysterious, partly because it's much less popular. There is no Carboniferous Park cinematic franchise, no iconic image of Raquel Welch in a fur bikini with a lumbering moschops in the background.

I've also always been drawn to lower life-forms, like mosses and marine invertebrates, which dominated in the Paleozoic.
﻿
And then, too, there's the mysterious mass extinction event known as the Great Dying (perhaps not unconnected with the flying polyp wars), which took place at the close of the Permian Period, wiping out something like 96% of the world's species, beside which the demise of the dinosaurs much later in geological history pales in comparison. The world of the Paleozoic is almost like an alien planet, with giant sea scorpions, enormous dragonflies, terrifying armored fishes, forests of towering mosses, and huge carnivorous amphibians.
﻿
My love of things prehistoric and paleozoic is goes hand in hand with my love of their depiction during the late nineteenth and early twentieth centuries, incorporating motifs from the Art Nouveau and Art Deco eras. It is easy to forget that science is all inference and paradigm, colored by the environment in which it flourishes. I grew up reading books from the public library, hence came to know the primeval world through the outdated paleontological renderings of that earlier epoch, redolent of quiet museums of natural history where upraised fossils were their own silent testimony. Each period has its own idea of the world, and the prehistory of the early twentieth century is, to me, haunting and dreary and brutish and lovely.

The part of Disney's Fantasia set to my favorite piece of music, Stravinsky's Rite of Spring, though quite different from the original ballet (and, somewhat apocryphally, derided by the composer), is a perfect evocation of my feelings for the era. It's like a Tiffany lampshade with primeval monsters engaged in a grim fight for survival.
﻿﻿
H. P. Lovecraft had something of the same sentiment, I think, with all his strange elder races combining primitive plant and fungoid forms with echinoderms and arthropods. To make a full circle of some of the connections here, I note that Nicholas Roerich, who designed the costumes and set for the original 1913 production of The Rite of Spring, is referred to by Lovecraft in At the Mountains of Madness, and mentioned in the same sentence as that famously erudite gentleman, Mr. Alhazred:


Through the desolate summits swept ranging, intermittent gusts of the terrible antarctic wind; whose cadences sometimes held vague suggestions of a wild and half-sentient musical piping, with notes extending over a wide range, and which for some subconscious mnemonic reason seemed to me disquieting and even dimly terrible. Something about the scene reminded me of the strange and disturbing Asian paintings of Nicholas Roerich, and of the still stranger and more disturbing descriptions of the evilly fabled plateau of Leng which occur in the dreaded Necronomicon of the mad Arab Abdul Alhazred.

Do you see what we've done? We've made a complete circle: Paleozoic → Chthulu mythos → Nicholas Roerich → The Rite of Spring → Fantasia → Paleozoic.

This is how my mind works. I find loops of connections, draw my own morals from them, and make them into stories. Whether the results are intelligible is another matter. My current literary endeavor, The King of Nightspore's Crown, has a long segment inspired by both the animated film and the ballet. (The latter, a sequence of quasi-pagan rituals choreographed by Vaslav Nijinsky, was so avant-garde that it sparked a riot at its premier. Watch a reconstruction, sans riot, here.)
﻿
There's a lot to think about in setting a story against a Paleozoic backdrop. For one thing, there is no grass, hence no fields, meadows, prairies, or steppes. As a matter of fact, there's practically no terrestrial life beyond the limit of the coal swamps. There are no birds singing in the background. Flowers, fruits, bees, and butterflies are absent. So are milk and bread and wine and honey, and wool and cotton and linen and down.

This makes metaphors rather difficult. Can one say that the wall of an ancient crypt is "honeycombed" with tombs, or that an old man is "waspish"? Are airships flown by "aviators"? Are the embarrassed allowed to be "sheepish"? Can the recalcitrant be "cowed" into submission? Is there a "bloom" on a young girl's cheek? Can an oaf make "asinine" comments? Can dawn-tinted clouds wear a "rosy" hue? Do cozening enchanters speak "mellifluously"? Do mighty warriors flex their "muscles"?

Indeed, how far does one go in "winnowing" out words with connotations that violate the rules of the world? As a person who consults an etymological dictionary on a regular basis, I could go crazy fretting about things like this. In the end, I suppose it's all a matter of ear. Whatever you do, the important thing is to not call attention to it. Still, it's worth noting that the great fantasists generally are very careful about word choice.

J. G. Ballard's strange and lovely Drowned World, which I just finished reading, is another literary work featuring the Paleozoic. Though framed as a post-apocalyptic tale, it centers around man's evolutionary regress to a still-present genetic past. 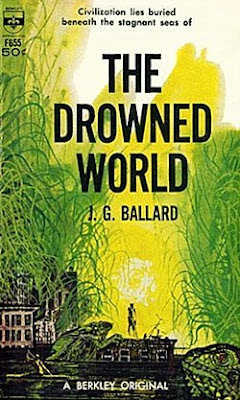 In The Sea Around Us, marine biologist Rachel Carson claims (with what truth I know not) that the chemical composition of human blood represents the salinity of the primordial seas from which our amphibious forebears arose. And zoologist Adolf Portmann discusses in Animal Forms and Patterns how widely differing species share similar embryos, so that the first stages in the development of a man are almost indistinguishable from lower vertebrates and even arthropods. We are still as segmented as millipedes in our backbones.

So perhaps it would be no difficult matter to slip backwards, or even to step sideways to another branch of the evolutionary tree, an idea I sometimes explore in my stories.


for
yourself, sir, should be old as I am, if like a crab
you could go backward.